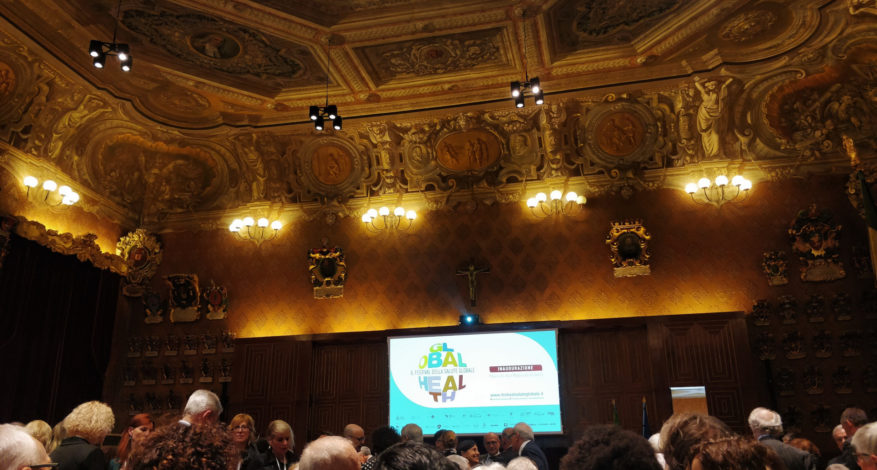 10 April 2019By Friends of the Global Fund Europe

On an extended weekend (5-7 April 2019), the Italian city of Padua hosted the first festival of global health. The driving forces behind the initiative of Il Festival della Salute Globale were Stefano Vella and Walter Ricciardi of the Istituto Superiore di Sanità,  together with the Italian editor Laterza, who has been successfully promoting the Festival of Economics in Trento, and the University and Mayor of Padua.

Animated by world-renowned experts (scientists, researchers, economists from Italy and abroad), the festival was structured around presentations, conferences, discussions, movies, concerts, forums and meetings. All speakers had a common mission: disseminating the results of their work in a comprehensive way to a wide audience – from the general public, academics and scientists, to journalists, institutions, stakeholders and decision makers – and discussing the most current and pressing issues: determinants of health; inequality; financing of health systems; relationship between health, urbanization, wars, rights, and poverty; access to medicines; health systems strengthening; health of the poor and vulnerable and marginalized populations; migration; SDGs; UHC; international health cooperation and the role of multilateral organisations such as the Global Fund.

By supervising the sessions on international health cooperation and multilateralism, and the events promoting the Global Fund in view of its sixth replenishment conference which will take place on October 10, in Lyon, Friends of the Global Fund Europe widely contributed to the organisation of the festival.

Here were the various sessions organised or co-organised by Friends of the Global Fund Europe:

The value of health

Why does the economy deal with health? What is the economic and social impact of major epidemics? It is intuitive to understand that health is a key development goal,butthe importance of investing in health to promoteeconomic growth is much less considered. Extending and facilitating access to care, even through simple interventions, can prevent millions of deaths, reduce poverty, stimulate long-term economic development, promote global security, and ultimately save humanity.

Today, 37 million people in the world live with HIV -the virus responsible for AIDS -and every year one million people –that is 2,600 people a day -die from AIDS. Tuberculosis (TB) is even more a cause of death:1.6 million people in 2017, that is more than 4,000 people a day. While the introduction of antiretroviral therapy and the spread of anti-tuberculosis therapy have been a breakthrough, about 30% of HIV-positive and TB-positive people do not know their status, and access to treatment is uneven across the world.

The world is moving towards a more democratic and rights-based future: this is universally recognized, but currently this paradigm is inexorably under threat. What is the future of the human rights paradigm? How can the human rights framework be revitalized, rethought and reinvigorated to make it once again of real value to health and development? And which human rights are most relevant to health systems? In particular, Ralf Jürgens, human rights coordinator of the Global Fund shows pragmatic and programmatic approaches to reduce barriers to access to health services with reference to concrete examples implemented by the Global Fund in different countries around the world. 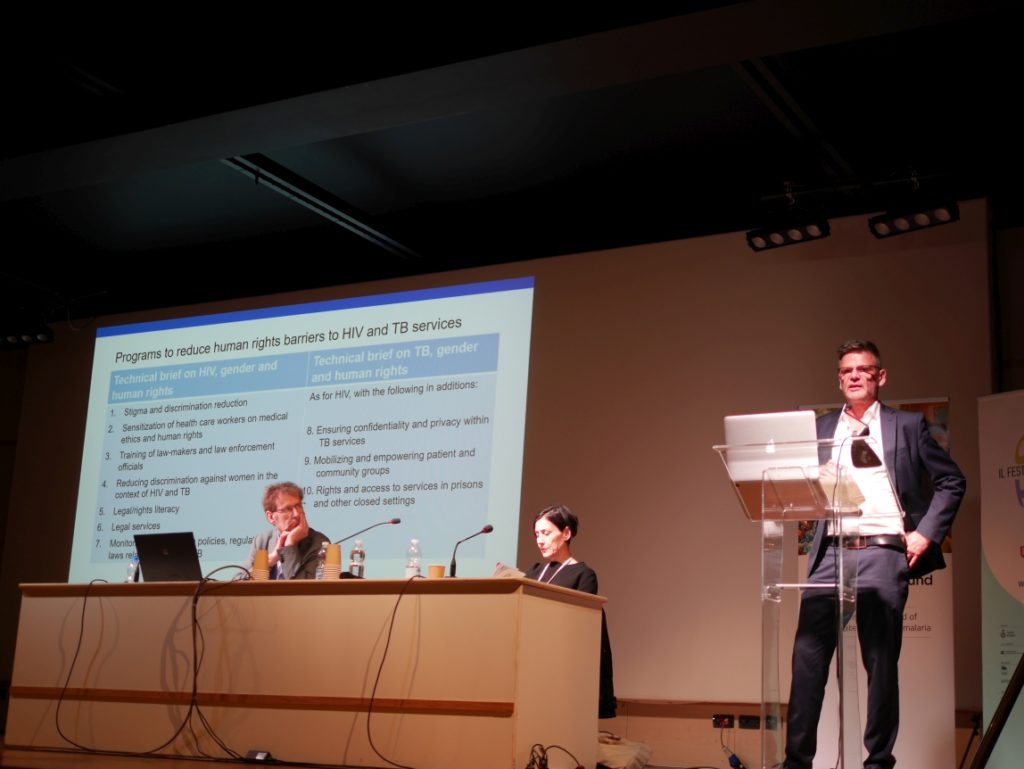 Step up to fight TB: the docu-film Unmasked. Stories of healthcare workers on the front lines of the TB

The personal story of three doctors who by treating their patients have developed a multi-drug resistant tuberculosis. Their story will be told through the vision of a documentary film that will show how the disease has changed their lives, in a journey from doctors to patients, from healers to vulnerable people, committed and socially active against tuberculosis. 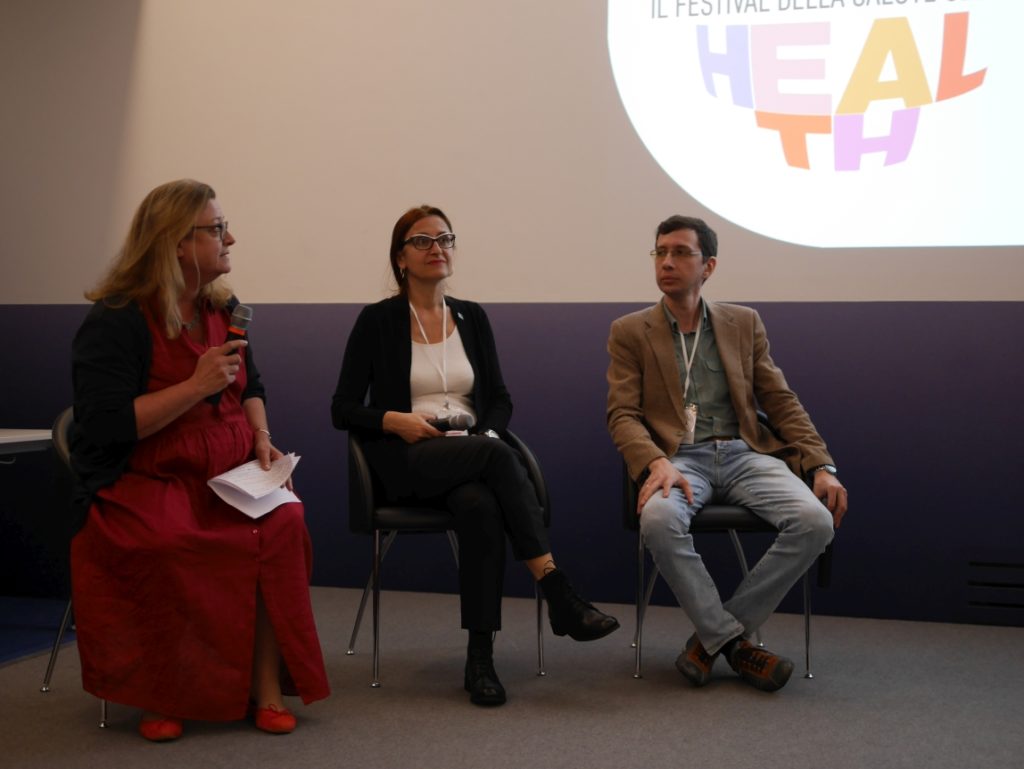 Who funds the world’s health?

The world has made incredible progress in ensuring better health for the poorest people. Improving health indicators around the world is one of the biggest success stories of the last 20 years. Much of this progress can be attributed to the work of international organisations such as the Global Fund and the Gavi alliance, of which Italy was a founder and one of the main financiers, and also thanks to the important role in funding played by philanthropic foundations. 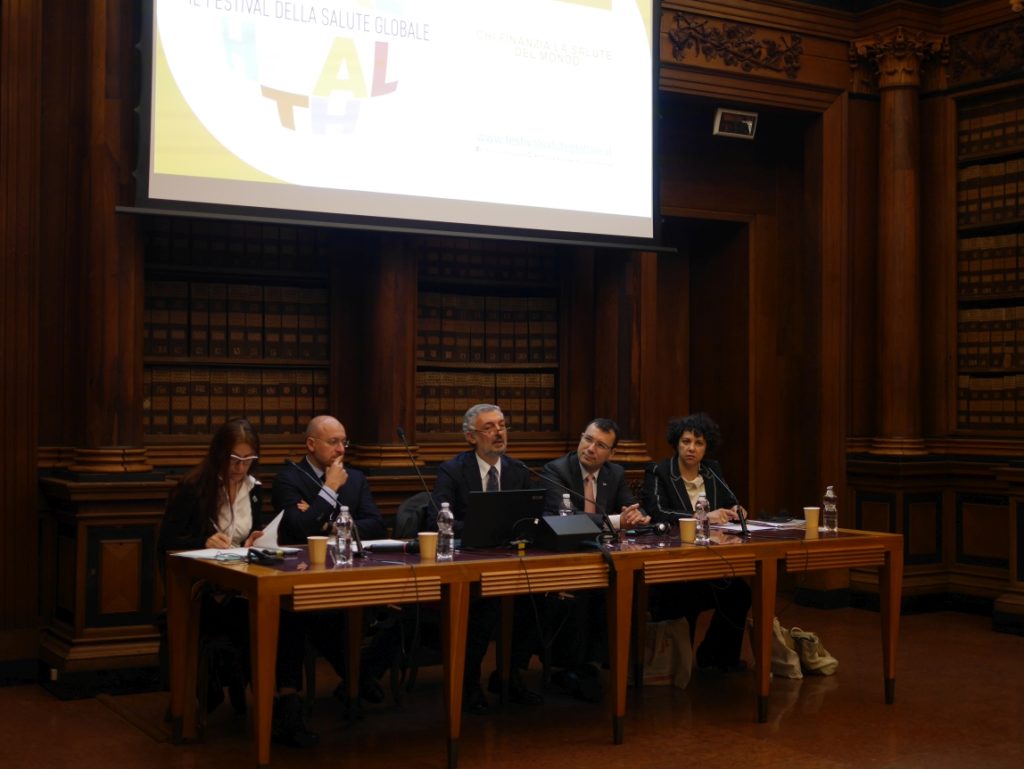 Where are we now? Megatrends in global health

What is the trend over time of the main global healthissues, and what are the forecastsfor the future? Today we live in a history periodsimilar to the industrial revolution. Such a huge change couldlead to innovation or fears that lead to closure. Demography, migration, colonialism, cooperation, sustainability: a brief history of global health and healthy development with one of the leading experts in the field